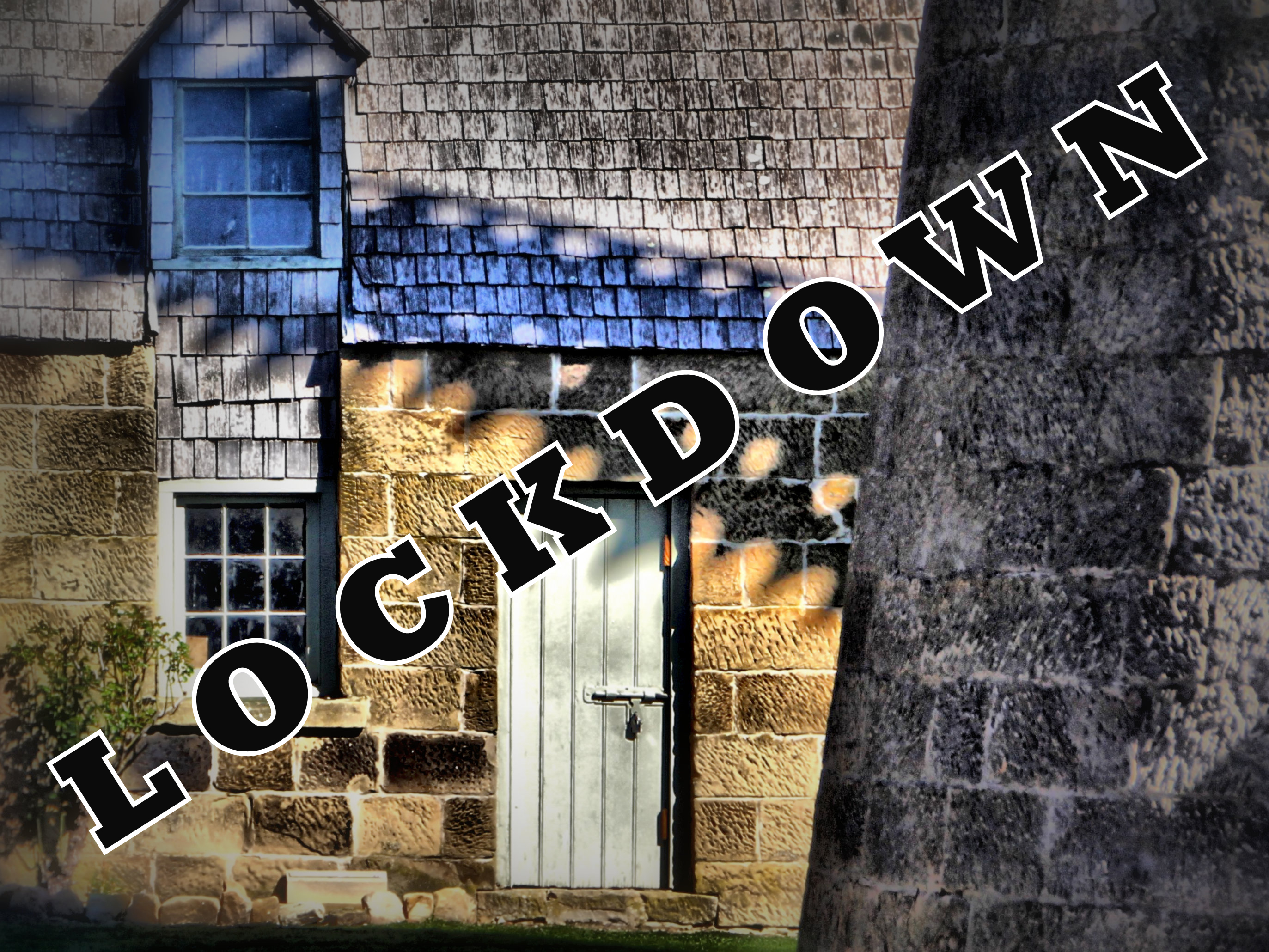 It’s lockdown time! Many countries right across the world are in a “lockdown”, with others deciding whether they should follow. It’s a huge change for everyone involved as the draconian measures enforce people to stay within their own private boundaries. With all of this going on, it’s fascinating that we have the Passover season almost upon us. Perhaps there’s some lessons for us at this time and hour.

I’ve recently been considering the relationship and similarities between the original Passover event and another event about 40 years later at Jericho. Interestingly, both accounts talk of a lockdown of sorts.

At the original Passover in Egypt we read (in Exodus 12) that the Israelites were to be in lockdown within their house throughout the night – with none allowed to go out their door. Years later – and within days of another Passover – we read (in Joshua 2) of a woman living in Jericho, named Rahab. She declares her allegiance to YHWH in the presence of two Israelite spies she hides (v11), before asking them to protect her and her extended family when destruction comes to their city. She is told that when Israel enters the land, her family must remain in lockdown within their house – with none allowed to go out of their door. The parallels are clearly evident in these commands.

Of course, within these two lockdown situations it was physically possible for Rahab’s family, or any of the Israelites to leave their premises and literally walk out their doors into the wider neighbourhood. The same could be said of the lockdowns in place in our societies today. We are currently being told that a lockdown should be adhered to for our own safety – and that was very much the case in these Scriptural events too. Any of Rahab’s family who left the house were told that their blood would be on their own head when the Israelites came into Jericho, and if anyone left their houses during that devastating night in Egypt, then they would face the death of their own firstborn.

With the children of Israel and with Rahab, it was not only a lockdown for their protection, but something much greater. In fact, there were clear promises attached to their obedience. On the other side of it all there was freedom and life! YHWH specifically said to Moses that He was going to bring just one more plague upon Pharoah and after that, they would be freed from their slavery. Rahab and her family were also promised life and ultimately a new identity as Israelites. We now know these promises were fulfilled precisely, but we would do well to consider what it would have been like in their shoes. It was only by faith that the people obeyed their lockdown orders. They believed YHWH’s word enough to follow His instructions and they were rewarded for it. They escaped the destruction that was all around them and entered new lives of freedom.

There is another key part to these stories that we must not miss. As we consider the lockdown situation in Egypt and Jericho, we realise that it wasn’t the lockdown itself that brought the freedom. In fact, I’m sure most of the Egyptian population were also inside their homes on that fateful night, yet we’re told that there was not a house without one dead! There was obviously something that differentiated the Israelites from the Egyptians and we know what that was – it was the blood of the lamb upon the lintel and two side posts of the entrance into their homes. YHWH said that when He saw the blood , He would pass over that house and the family inside would not see destruction. So we see that it was not the lockdown that saved anyone, but the lamb’s blood upon the entrance!

Certainly not by coincidence, we see this example in the story of Rahab too. Rahab and her family had to observe a strict lockdown for sure, but there was another very important step that set them apart from the rest of the Jericho population. Rahab had to bind a scarlet cord to her window – the outside entrance to her home that was visible to the Israelites. It was not just a colourful decoration fluttering in the breeze, but a sign bound to the window just as Israel was later instructed to bind YHWH’s Torah to their foreheads and hands. This cord, surely symbolising the blood of the Passover lamb, was bound to Rahab’s window the day that the Israelites entered the land. That day happened to be the tenth day of the first month – the day that the Passover lamb was chosen for the sacrifice that took place four days later. So, for Rahab, we see that it was the sign of the scarlet cord alone that set her apart. Without it, she and her family had no hope!

As we prepare for Passover this year with either a full or partial lockdown in our various nations, let us pause to reflect on some of the spiritual lessons we can learn from these events we’ve looked at. The lockdown that took place certainly highlighted the true gravity of the situations that they found themselves in, and it was definitely a vital part of their instructions – but I think the key message for us are the signs that were displayed on the entrances to their dwellings. These integral signs obviously point us to the blood of The Lamb that was slain for our own redemption. It is the blood of Yeshua that needs to be the mark upon our lives. Without that mark, our judgement and destruction are also certain. I think the story of Rahab highlights the seriousness of our decision the best. Without obedience to stay in lockdown and have the scarlet cord bound to their window, Rahab’s family faced total and utter destruction. They were told the blood of their deaths would be upon their own heads, with the city then destroyed by fire. This is a true picture of our fate without the blood of Yeshua marking us – we would be rightfully condemned for our actions and thrown into a lake of fire.

All of this makes for some sobering contemplation on where we truly stand before YHWH. In the physical, we see an example of this played out before our very eyes as, all around us, thousands are dying each day from a virus. However, if our trust and faith are totally on YHWH and the blood that was shed for us to bring about our salvation, Passover is a truly wonderful remembrance and a time of great thankfulness for His righteous goodness to His people!

Let’s use the lockdown of this Passover to refocus on the things that truly matter, and eagerly look forward to the freedom we have awaiting us in our promised future as the Scriptures foretell!