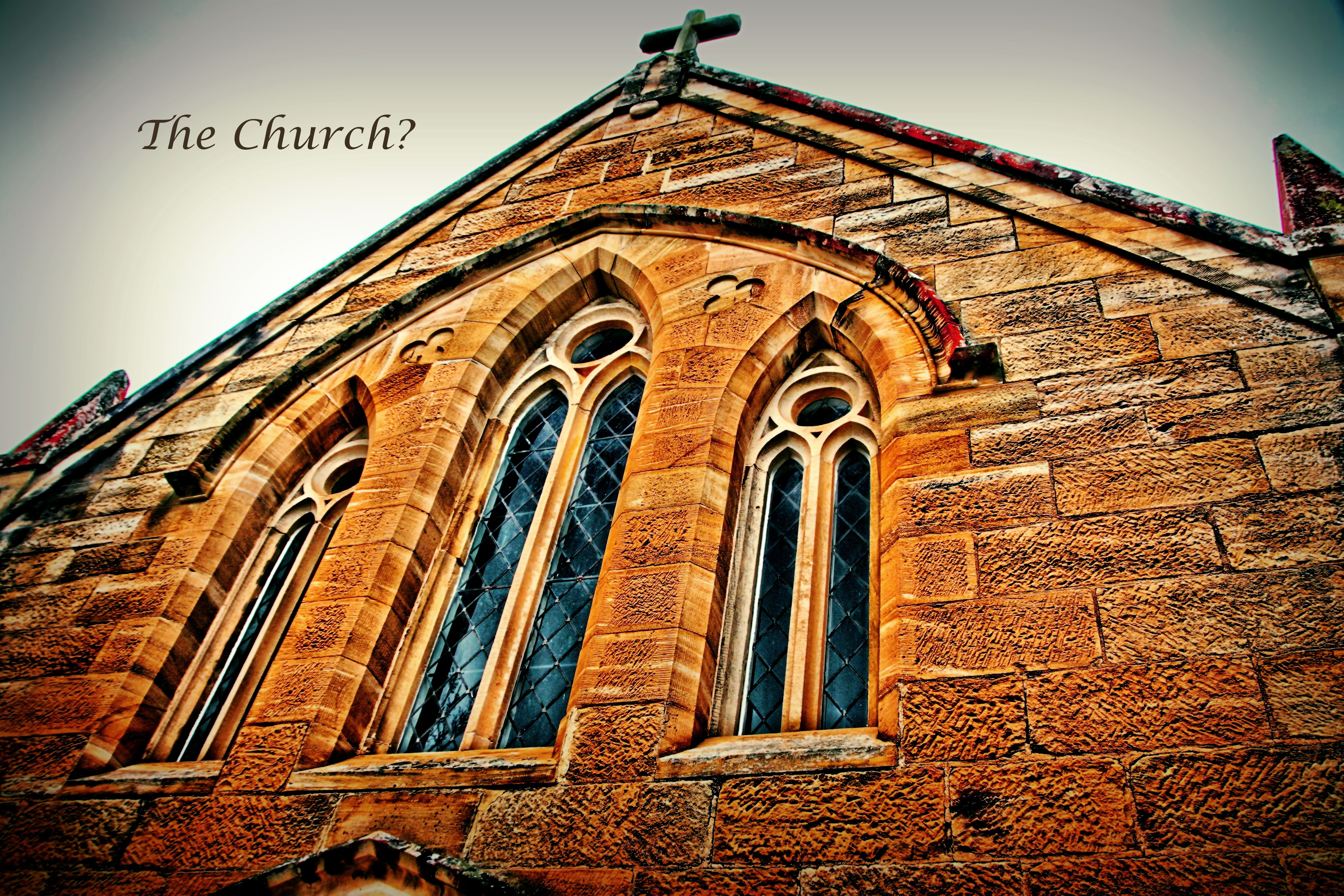 We have all read that Christ is the head of the church, and have seen that many NT letters were written to the church of “such-and-such”. Indeed, the word “church/churches” is found 113 times in our NT. Added to this, is the fact that the church is the bride of Christ … isn’t it!?

Let’s look at this word, “church”. What does it mean, and does it even matter what it means? It apparently mattered to King James when he authorised the Bible translation that was released in 1611. One of the stipulations he gave the translators was that the English word “church” was non negotiable – it could not be translated any other way! This was done for political reasons and for control over the common people. But this word goes back much further than that.

The word “church” has its roots in the Anglo-Saxon and Greek word “circe”. We also get our English words for circle, circumnavigate and circuit from “circe” (to name a few). Clearly, the word is associated with something that is round. This gets more interesting when we realize that Circe was the name of a Greek goddess, the daughter of the sun-god known as Sol or Helios. The circle imagery relates, therefore, to the round sun and, surprisingly to many, this circle can be seen in some symbols and images of the “christian church”!

So, why was the word “church” used in our bibles? Does the Greek word behind it contain a hint of some of the meanings we’ve discussed? Well, no! The very first English translation of the Scriptures was the Tyndale bible (1554), and that bible does not contain the word “church” even one single time! Instead, the word “congregation” was used.

It is the Greek word, “ekklesia”, that we’re looking at here. Ekklesia means “assembly” or “congregation”, and we get some added understanding when we break the word down to the root words of “ek” (meaning “out of”) and “klesis” (meaning “a calling”). So, we could say that it is “a called out assembly” or “an assembly of the called out ones”. It doesn’t take much knowledge of Scripture to understand that this is talking of YHWH calling His people from out of the world. True believers are the called out assembly.

We then could ask ourselves: is this assembly of called out people only a NT entity, or does it go back further? To answer this, it’s helpful to look at the Septuagint (the Greek translation of the OT) and see if we find the word “ekklesia” in the OT at all. And, it is – 73 times! The word is used to translate the Hebrew word “qahal” (קהל). “Qahal” means “congregation, assembly, multitude”, and its first appearance is in Genesis 28:3. In this verse, Isaac was blessing Jacob and stating that his descendants would become a called out assembly (using the Greek definition). This shows us that the same title given to believers (commonly called the church today) is actually seen from one end of the Scriptures to the other! We even see this in Acts 7:38, where Stephen tells us that Moses was with the “church” at Mt Sinai.

So, what do we learn with all of this? Firstly, that “church” is not a correct translation of the Greek word and that it actually comes from some rather concerning roots. More importantly, however, is that we’ve discovered “the church” is not a separate New Testament entity. The church has not taken over from Israel and there is no such thing as the “church age”. Israel was YHWH’s set apart people in past times and I believe Israel continues to be His set apart, called out people.

Have you been grafted into Israel?

“I will declare thy name unto my brethren: in the midst of the congregation [of the called out ones] (qahal/ekklesia) will I praise thee.”