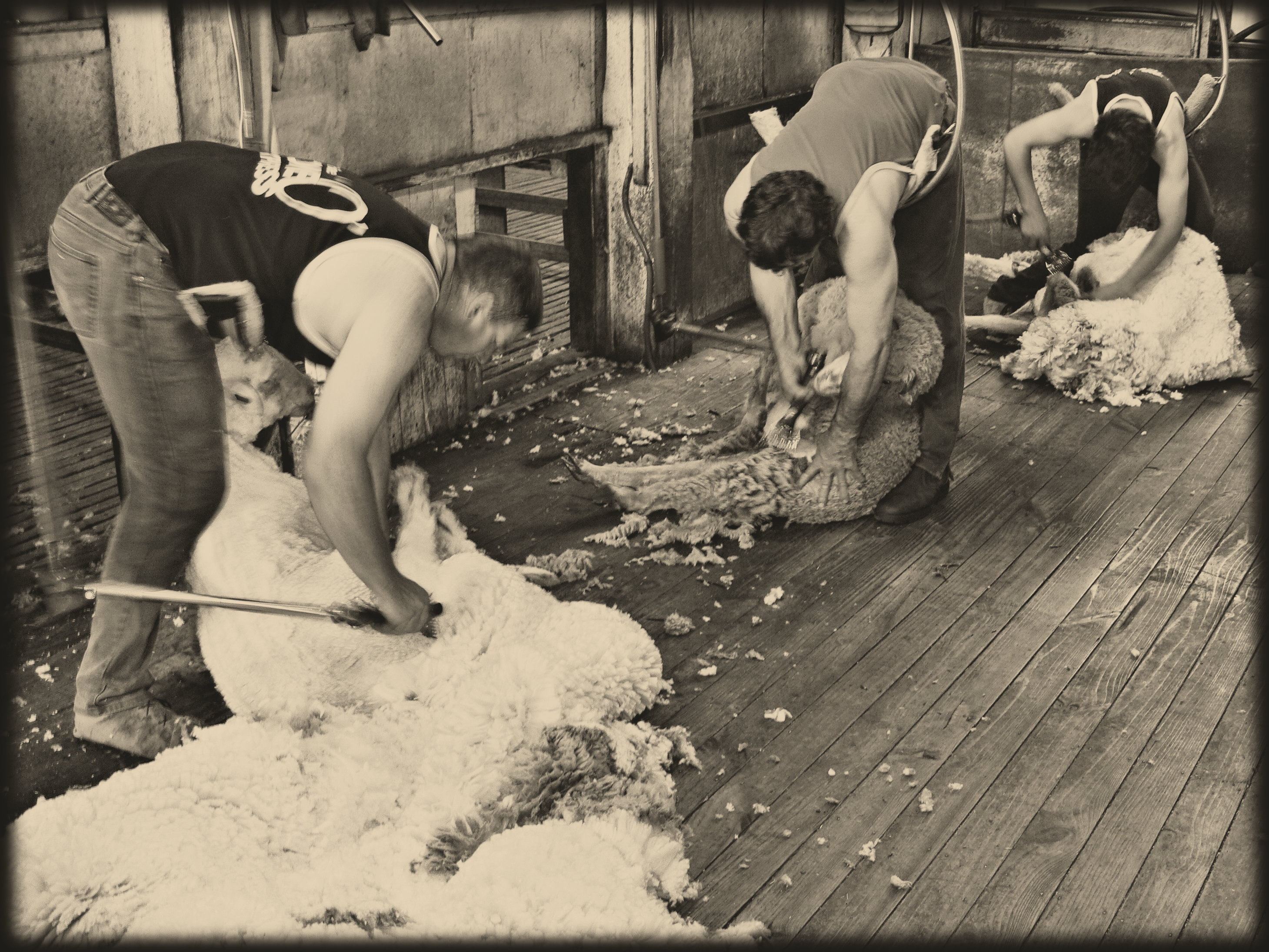 Lessons From the Flock – #2

We have recently finished shearing our sheep here on the farm. We had three shearers working, and ended up shearing 5,321 sheep altogether. During the entire fortnight of shearing, there were only two sheep that made any noise as they were shorn. Scripture states truly that “a sheep before its shearers is silent” (Isaiah 53:7).

Isaiah wrote these prophetic words concerning the promised Messiah 700 years before Yeshua was born. They were not written after His arrival as an interesting coincidence, but rather, as a certain prophetic sign of the character and attitude of the true Messiah when He arrived. In fact, it is the Creator who purposely made sheep in such a way that would highlight aspects of Yeshua’s character qualities and sacrificial death.

It is true that sheep will occasionally struggle and kick as they are shorn, but remember that it’s the lack of noise that a sheep makes which YHWH uses for our understanding. In the past, we have also shorn goats here on our farm, and the sound they make is ear-piercing. The stark difference between sheep and goats is another lesson for us, as we remember that YHWH’s people are [typologically] aligned with sheep and those of the world are aligned with goats. What do these differences mean for us?

It is clear that the phrase we are considering in Isaiah is specifically speaking of the Messiah at the time of His death. In fact, the entire verse reads: “He was oppressed, and He was afflicted, yet He opened not His mouth: He is brought as a lamb to the slaughter, and as a sheep before its shearers is silent, so He opened not His mouth”.

What is this silence that Yeshua displayed truly all about? We read in the gospel accounts that Yeshua was quite willing to speak – and to speak rather directly and controversially at times. So, clearly His silence at the time of His trial and death was not to do with weakness or fear of man. It really comes down to the fact that He was not willing to defend Himself as He was falsely accused, and in the hands of the rulers of the day. Yeshua was content to let His Father defend Him if that was what was required, but He would remain silent – just as a sheep before its shearers is silent. He could have struggled and screamed His innocence as a goat would do, but He deliberately decided not to. His decision was to quietly submit Himself to His Father’s will!

We must remember that we are called to mimic Yeshua in our own lives. So, how willing are we to be silent in the face of spiritual persecution and hostile lies spoken against us? Do we have enough faith in our Father to defend us if that is His will? And what if His will is to actually bring us into a place of discomfort, suffering – or even death? Are we willing to still trust Him even then? To put it simply – we need to be! Many believers throughout the ages have been falsely accused of all sorts of things, which has resulted in scoffing, mistreatment, prison time and death. We see this in Scripture, with Joseph, Jeremiah, John the Baptiser, Stephen and many others. We see it in the lives of many of the men known as Reformers, and those who dared to translate Scripture into the common languages of their people. We see it today in many, many places that seem so far from us in Western nations – but we ignore these things at our peril and to our shame. Never forget that Yeshua Himself died at the hands of the Romans and the religious leaders of His day, yet He went to His death without opening His mouth in self-defence!

As Passover draws closer, why don’t we resolve to submit ourselves to YHWH in totality!? Our world is changing before our eyes, and the times appear to be getting darker, but we have a GOD that loves us enough to pay the price for our redemption and who gives us life in the midst of a world of death. Doesn’t He truly deserve a reward for all He has done for His people? So, let us be as a sheep before its shearer – let’s be silent and submissive and allow YHWH to defend us and teach us exactly how He desires!