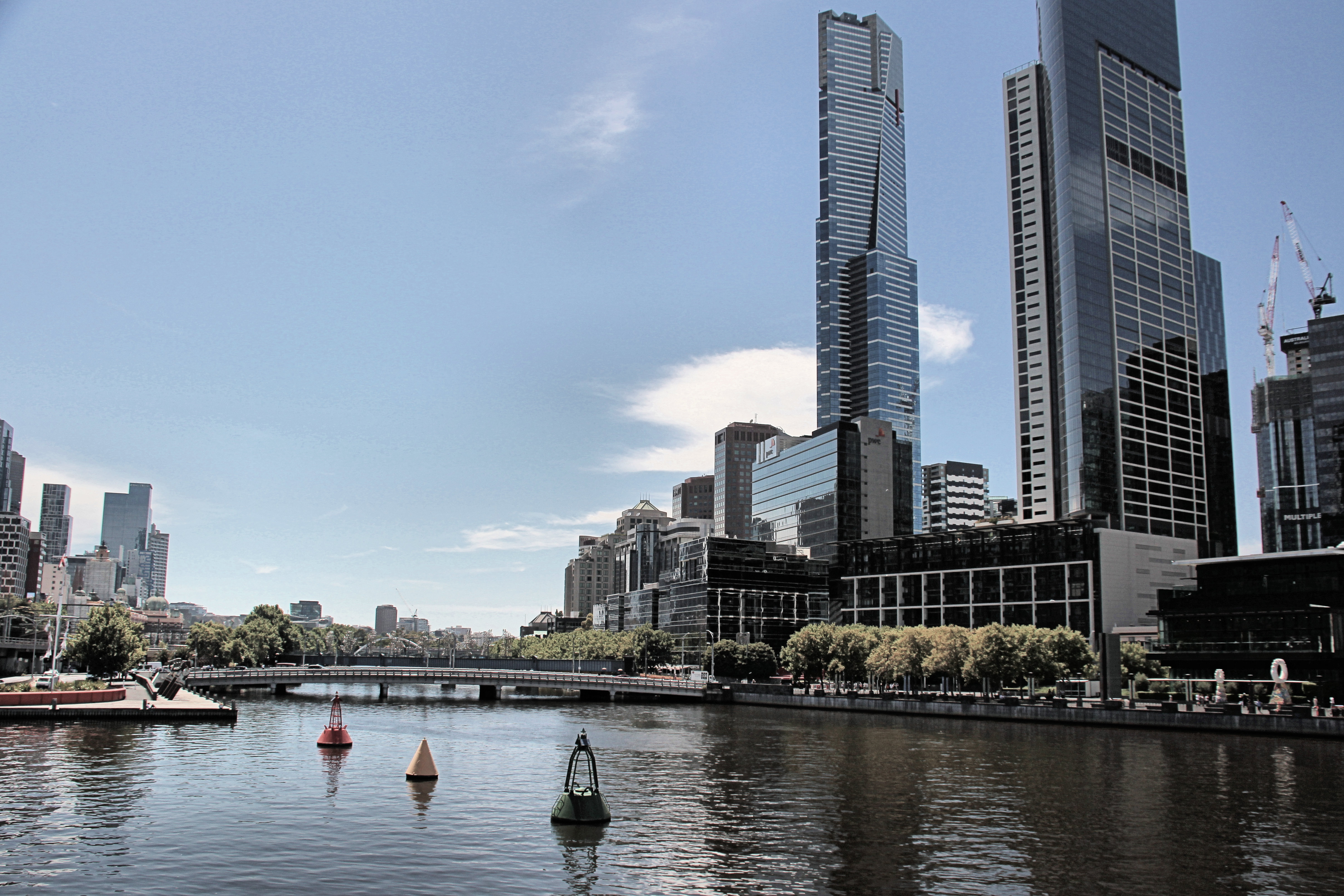 There were six cities throughout the land of Israel that were designated in the Torah as places of refuge. What was their purpose – and are we in need of a “City of Refuge” today?

The function of these six special Levite cities is described for us in Numbers 35:9-34, Deuteronomy 19:1-13 and Joshua 20. In these passages we read of the situation where a person unintentionally killed another. This person, known as the slayer or manslayer, could legally be killed by the “Revenger of Blood” without any penalty to this second person. In order to save their own life, the slayer could flee to one of the Cities of Refuge and once safely inside the city, the pursuing Revenger of Blood would then become guilty of murder himself if he killed the slayer. A trial was held inside the city for the accused person, and judgement was made as to whether the death was by accident – unintentional manslaughter – or whether it was a case of murder. If the person was found guilty of murder, then they faced the death penalty themselves. In fact, it was to be at the hands of the Revenger of Blood that they were to be put to death.

The six Cities of Refuge were spread across Israel, with three on each side of the Jordan River. From other writings we learn that there were road signs throughout Israel clearly pointing to the nearest City of Refuge with the words “Miklat Miklat” (Refuge Refuge). In the Mishneh, it was written:

“The court is obligated to straighten the roads to the cities of refuge, to repair them and broaden them. They must remove all impediments and obstacles … bridges should be built (over all natural barriers) so as not to delay one who is fleeing to the city of refuge. The width of a road to a city of refuge should not be less than 32 cubits”

Laws Regarding Murder and the Preservation of Life, 8:5

Let’s turn our focus to the manslayer who killed someone by accident or by some type of negligence. We read of an example (Numbers 35:23) where a man throws a stone onto someone without seeing them, and causes their death. This was unintentional, but a life was still lost in the event. Perhaps our natural thinking here would be that no punishment should be required, but we read that YHWH sees this differently to us. We learn that YHWH sees the shedding of a man’s blood as a serious matter. In fact, we read in Numbers 35:33-34 that shed blood defiles the land and that the land can then only be cleansed by the blood of him that shed it.  Much earlier in the Torah, when YHWH spoke to Noah after the flood (Genesis 9:5-6), we read that whoever sheds a man’s blood would require his blood to be shed also.  It even says, “at the hand of every man’s brother will I require the life of man”.  This may be the first indication that it was to be a kinsman (brother) that killed the offender in order to restore justice.

In these laws concerning the City of Refuge, we actually see YHWH’s kindness, mercy and grace towards the manslayer. The slayer remained alive, yet he still had to endure a punishment of sorts – that being exile in the City of Refuge. YHWH’s wisdom is also seen in the fact that these Levite cities would (should) have been special places where the Torah was taught, learnt and lived out. The slayer was in a special place where he could grow in the knowledge of YHWH and His perfect ways.

Considering some typology, it is interesting to note that the Israelites ended their exile in the wilderness shortly after the death of Aaron – the High Priest of the time. A number of years prior to that we see that Moses went into exile for 40 years after killing an Egyptian. Perhaps this killing was unintentional, but negligent, and YHWH allowed him to live in safety during those years. It is also interesting to consider the man who committed the very first murder. After killing his brother, Cain was sent into exile by becoming “a fugitive and a vagabond”. Although Cain was clearly a murderer, there is certainly the possibility that he wasn’t fully aware of what his actions were capable of doing at that stage of history. As such, it seems that Cain may have been judged as committing an act of unintentional manslaughter.

It is amazing to see where all of this leads as we consider how these Cities of Refuge apply to us here and now. We find some interesting words in Hebrews 6:18-20 where we are told that Yeshua has been made a high priest and that we, as believers, “have fled for refuge”! But why do we need refuge? Who have we killed? Well – was it not each one of us, through our sins, who killed Yeshua the Messiah? It certainly is! And yet it is also this same Yeshua who is truly our City of Refuge. He is where we find our safety! All people need to run to Him to be truly safe. (John 3:16-18 speaks of this truth.)

When we humble ourselves and realise our direct role in the death of Yeshua, we may now view some famous words of our Messiah in a much more meaningful way. We read in Luke 23:34, Yeshua’s words as He is dying, “Father, forgive them; for they know not what they do.” Here is the legal statement declaring us as “unintentional manslayers”! We may live – but only as an exile in the City of Refuge.

There would be some who would view this life inside the City as restrictive and spend their time in misery, thinking of what their life would be like back outside. However, the fact is that we are able to rejoice inside the City, knowing that we have the freedom to live in total safety.

Two questions remain. Firstly, how long do we remain in this City of Refuge? As we’ve discussed, we are to stay there until the death of the High Priest, and with Yeshua acting as our High Priest, we return to some words in Hebrews 6:20 – “… Yeshua, made a High Priest forever …”. Forever! That means we will never leave! Indeed, we are strangers in this world and our true home is within the gates of the City of Refuge.

Completing the picture, the final question that needs answering is who exactly is the Revenger of Blood who was chasing after us? Perhaps surprisingly, after what we’ve just been saying, is that this Revenger of Blood is none other than YHWH Himself! It is YHWH who judges and punishes men for their sin, and if we are abiding in Messiah, our City of Refuge, we are saved from the wrath and eternal punishment of YHWH. I’m not saying that there are two gods here, with one against us and one for us, but the fact remains that we can either accept our Creator’s merciful invitation of eternal refuge, or we can fall into His hands of stern, righteous justice.

As we consider all these aspects of a City of Refuge and our need of one even today, we understand that it is truly a picture of Yeshua and ultimately the heavenly Jerusalem that will be our eternal home. With this in mind, it is fascinating to briefly study the six cities that Joshua and the Israelites designated as the Cities of Refuge for the newly conquered land. Here are their names in the order listed in Joshua 20.

On the western side of the Jordan River there were three cities: (1) Kedesh, meaning “holy place” or “righteousness”. We are given His righteousness when we go to Yeshua for refuge and are then able to live in the holy place forever with Him. (2) Shechem, meaning “back” or “shoulder”, implying a burden bearer. In Yeshua, we have someone who can take our sinful burdens upon Himself and give us the rest we long for. (3) Hebron, meaning “association” or “fellowship”. Restored fellowship with our Creator can only be found through the work of the Messiah.

On the eastern side of the Jordan River there were another three cities: (4) Bezer, meaning “fortress” or “gold ore”. All of our eternal riches and spiritual protection come through Yeshua. (5) Ramoth, meaning “exalted” or “heights”. We are seated together in the heavenly places in Messiah, and will one day meet Him in the air. (6) Golan, has an uncertain meaning of “captive” or “rejoicing”. Yeshua was made a captive and was led to His death which brought life and rejoicing to all those who truly put their trust in Him.

So, for those of us who have already entered into our City of Refuge through the Messiah, let’s rejoice in our safety and protection and live in true thankfulness. For those who are still outside their City of Refuge, I encourage you to turn towards it, run, and keep running until you arrive. You are never safe until you enter through the gate and are living behind those walls. Once there, security and life everlasting is yours!