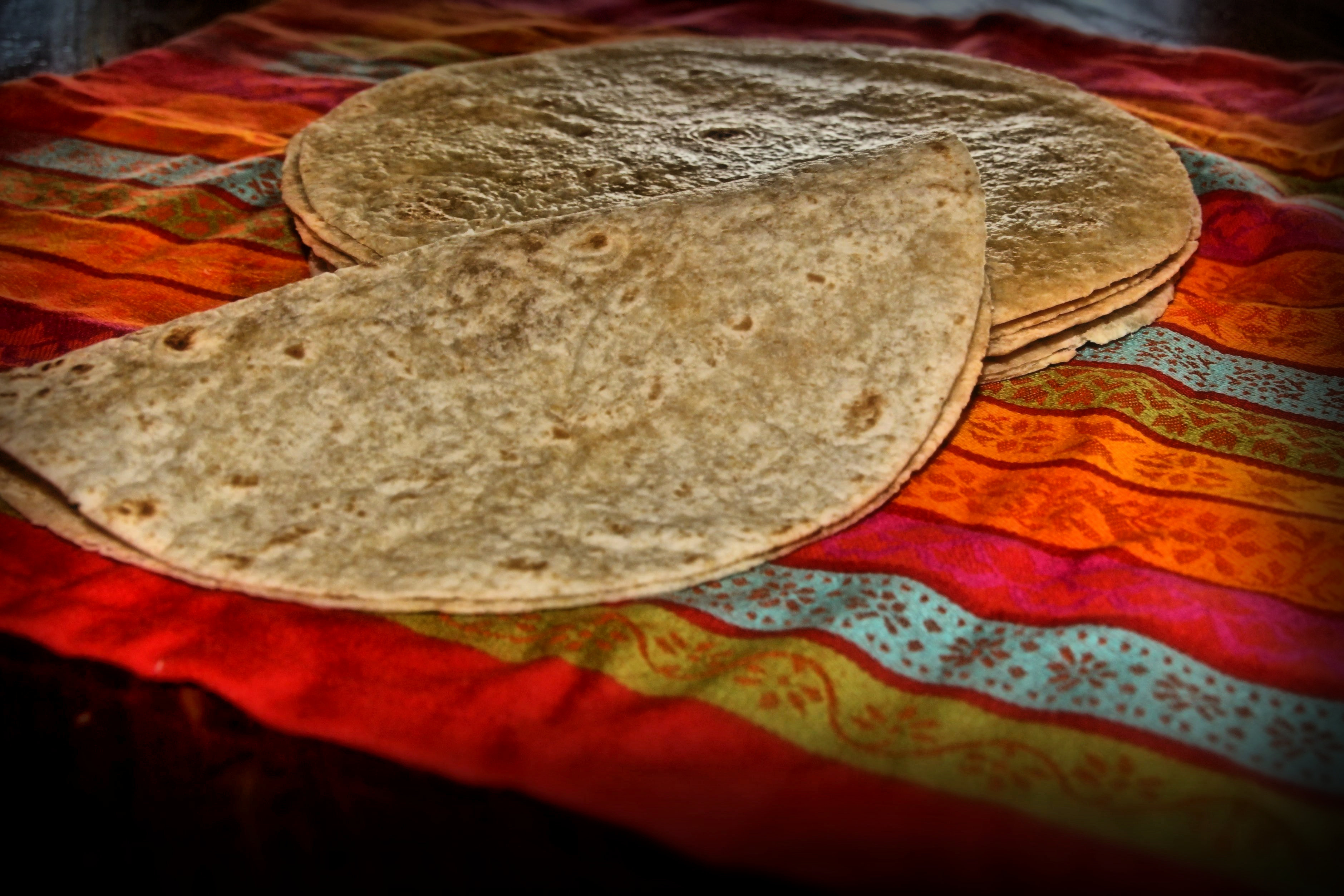 I believe that YHWH’s moedim (appointed times) began with time itself. Perhaps the specific dates were unknown to the people of ancient times, but YHWH always knew them and has more than possibly worked in sync with these special times. Jewish tradition states, for example, that Adam and Eve were created on [what we know as] Yom Teruah. Personally, I wonder if their banishment from the garden occurred on Yom Kippur?

Later on in Genesis, we see some dramatic events in the life of Lot that correlate with the appointed time of Passover. Whether you believe the events took place on the actual moed of Passover or not, I think there’s some lessons to be gleaned from the links we find.

We see, in Genesis 19, that two angels went into the city of Sodom late one day. They intended to spend the night in the street, but Lot knew the danger that they almost certainly faced in doing so. We could clearly ask questions, even at this point of the story, about Lot’s wisdom in living in such a place, but at least we see that he was righteous enough to pressure the two men (angels) to lodge at his place for the night.

We see the first hint that this may have been Passover night when the angels arrive at Lot’s house. Verse 3 tells us that a feast was made where they baked unleavened bread. I believe this hint has some added support from the previous chapter, where, earlier that same day, Abraham and Sarah are told that they will have a son. After quickly preparing a meal for the strangers, including unleavened bread possibly (18:6), they are told that their long-awaited son will be born “according to the time of life” and “at the time appointed” (18:10,14). It is commonly believed that this was to be a year from this point and that the “time of life” is when new life emerges after winter – what we know as spring time. The appointed times (the word “moed”) of this “time of life” are Passover and Unleavened Bread.

As I have said, the hints we see are not concrete evidence that proves we are looking at a pre-Egypt Passover, but let’s continue through the story and see what lessons we can glean by relating it to our Passover observances today. I encourage you to read through Genesis 19 yourself, as I’ll be just picking verses out of the passage.

Later that evening, after Lot’s household ate unleavened bread, the men of Sodom came to the house with evil intent. Lot tried to appease the crowd using some very poor moral judgement on his part, by offering his daughters to the wicked men instead of releasing the two strangers. Lot’s appalling offer only inflamed the situation, and the crowd became angry and violent. This interaction has an interesting underlying theme – Lot went out the door and shut it behind him (v6), the violent men came close to break down the door (v9), the two angels quickly opened the door, pulled Lot in, and shut the door behind him (v10), and then the angels blinded the men at the door so they could no longer find the door to enter the house (v11).

The door is the entry point to the house, and we see in this story that it is evil or destruction wanting to enter the house of Lot and his family. Their door is only made secure by supernatural means – nothing else was going to keep them safe. We see this same theme in the Passover of Exodus. It was through the door where the destroying angel would enter the houses of Egypt and kill the first born, and it was the door of every Israelite that was protected from this destruction by the blood of the lamb. There was most assuredly obedience involved in this process, but the protection itself came by supernatural means. To this day, we also need to live in obedience, but we must never forget that it is the blood of The Lamb that truly brings salvation!

We see next, that the angels command Lot and his family to prepare to flee the city (v12-14), and when the dawn approached, the angels then urged Lot to hurry and get out (v15). This parallels the Exodus event when the Israelites fled Egypt as they were commanded to do. The Israelites could not linger or delay (Ex 12:39), but in Lot’s story, we see that he did linger (v16)! In fact, without the angels practically dragging the four of them out of the city, they may well have perished along with every other resident of Sodom! We read that this act was YHWH’s mercy at work (v16).

One of the most famous parts of this story adds to the family’s unwillingness to flee the wicked city. We read that Lot’s wife “looked back … and she became a pillar of salt” (v26). I believe there is a misconception about what occurred here. The term “looked back” may also be rendered “returned” or “lagged behind”. It seems that Lot’s wife may have actually turned back from her family to either return to Sodom, or stopped and stood longingly wanting to return. In fact, we see that the judgement upon the cities of the plain only began when Lot and his two daughters entered into Zoar (v23-25) – without his wife. In addition, the angels made it clear in their final instructions not to stay in the plain (v17). With these things in mind, it is most likely that Lot’s wife had left her family to return to Sodom, and when the destruction began, she was caught in the plain and destroyed along with the wicked cities. To this day, that area is one of the saltiest places on the earth!

The events we’ve just looked at may not seem to correlate with the Passover of Exodus, but we do read later in Exodus that the Israelites longed to return to Egypt and all the fleshly rewards that it offered. Nevertheless, it’s the stark difference between Israel’s obedient eagerness to flee Egypt at Passover, and Lot’s family’s unwillingness to do so, that is worthy of our consideration as we observe the season of Passover this year. I believe we also must choose what our attitude will be to YHWH’s instructions. Will we be found with wholehearted obedience towards our King or a greater lust for the things of the world!?

Yeshua actually spoke the very words, “remember Lot’s wife” (Luke 17:32) and, in the preceding words, He says “let him not return back“. This is further evidence that Lot’s wife did return at least part of the way to Sodom, and stresses that we are not to do likewise. Yeshua goes on to say (Luke 17:33), “Whosoever shall seek to save his life shall lose it; and whosoever shall lose his life shall preserve it.” Our reliance and desires for the things of the world will ultimately bring destruction in our lives.

Passover is a memorial of freedom from slavery. The Israelites had been waiting for that day to come and at the appointed time in history – it did. Lot’s family seemed unaware that they were also living lives of enslavement, so were not fully convinced of the urgency to leave. What about us? Are we living in the promised land with Yeshua reigning over us? Or are we also living in slavery? If the last couple of years haven’t woken you up to the fact of our enslavement in this world system, then may YHWH show His mercy by grabbing your hand at the last minute to bring you into the freedom He offers.

We have governments and world systems that seek to control us more than ever. Modern technology only serves to bring these dreams closer to reality. In the simplest terms possible – don’t allow the deceptions of this world (particularly in the Western nations) to take our eyes and hearts away from our Father and King! We must recognise our slavery in order to look for the redemption from it, and to understand the time to flee. In the spiritual sense, our freedom is assured, but let’s make the commitment to live out our faith fully in these last days. We are called to live as witnesses to YHWH’s plans for His people and to be a light to the increasingly dark world in which we live. This is not just spiritual, but physical also.

Finally, let’s be reminded of Peter’s words, where he describes Lot as righteous and tormented by the evil around him (2 Peter 2:7-8). When we read the account of Lot in Genesis, there is very little that indicates that there was anything righteous about the man. This should actually give us hope in our own lives. We are also far from perfect! This is a reminder that our righteousness must come through the blood of The Lamb – Yeshua. If the doorposts of our heart are not found with His mark, then we will end up just as Lot’s wife and not in safety like Lot and the Israelite nation that came later!

Put your trust in YHWH and in The Lamb … and prepare to flee!

One thought on “Lot’s Passover”